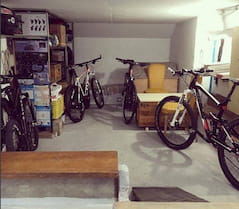 In this post I’ll write about the situation with bicycle service/shops during peak season rush, with a special note on the current “(post) corona situation”.

1. Why am I writing this in the first place?

Every year, as the warmth of spring hits the city, there’s a huge number of people coming into bicycle shops and services to buy new bicycles, or have their old bicycles serviced. This year, however, probably as a result of Corona virus, the “Spring rush” has been at least tripled, compared to “normal starts of the season”.

As a consequence of this, I often hear the following from the people in need of a new bicycle, or a bicycle service (will paraphrase typical quotes from memory):

And similar variations. From bicycle sales people and mechanics, I get the following feedback:

Today I also experienced the “harsh side” of the contemporary cycling business. In one shop, otherwise reliable and OK, no one answered the phone for days. I had ordered some spare parts about 15 days ago and got no reply, nor had my phone calls answered (old geeks at the shop know my phone, and we’re generally happy to see each other). So I decided to drop by, see what’s going on. At the counter, there’s a new person (though I don’t go there often, could have been working there for months). I can see she’s in a rush so getting acquainted and chatting is out of the question. I calmly and politely explain what is going on. Asking whether they don’t get to answer the phone in all that chaos – which she confirms. She apologises and says they didn’t get that order from the supplier, nor any feedback on it (I suppose the supplier is also overwhelmed these days). She writes down my name and says she’ll check on it in the morning, since the supplier no longer works (it was evening). I don’t expect that to be the case. Not because she doesn’t want, or doesn’t care, but because the next day will probably be with the same hectic chaos in that shop.

In another shop, that was along the way to my garage, I stopped by to get some spokes. Seeing this: several customers are already in, mechanic is working on one bicycle, while the others are waiting with their bikes, and a kid that is working on another bicycle notices me and says: “Can I help you?” To which I reply: “Do you have spokes of 180…” as the mechanic interrupts me saying “We don’t!” OK, I can see it’s hectic and conclude that they don’t sell spokes of any length. Got the needed information with the minimum time wasted. That’s good. But it was a bit rude. If I were normal, I might even have been insulted. 🙂

Now, I believe in understanding, solidarity and sharing knowledge – not in (unnecessary) confrontation, so felt the need to write this post, hoping to inspire, both in “clients” and in mechanics/sales people some empathy and tolerance, in these difficult months. The post is long, because I can’t put what I want to say in fewer words. So I fear that those who need to read this the most, will not read it at all. Yet, intend to do what I can – that’s all one can do.

2. The job of a bicycle mechanic / sales person

In more details about this job I wrote in the article with the same name: Bicycle mechanic’s job – my thoughts. Here I’ll just say a few words on that. Why? Because I think it is important to understand the position the others are in.

First – it is among the lower paid jobs. So it is not easy finding good bicycle mechanics – people go to more lucrative branches (cars, motorcycles, aeroplanes).

Secondly – it fluctuates: the number of people needed in the peak season is about 5 times greater than the number of people needed during the winter. Humane and normal employers won’t hire many people, only to fire them in a few months. They will try to weather the peak-season storm by some more overtime and a bit longer customer waiting times. Apprentices can step in as extra help, but their productivity, knowledge and experience is limited, so peak season rush is probably the worst time for them to learn, and for the mechanics to teach them.

Working with people is often challenging. Many good sales people know nothing about bicycles, while many good mechanics don’t excel in communicating with people.

During the season rush, it often happens that you get interrupted literally every few minutes by someone asking you something, or asking you to fetch/pass something, or the phone rings… Now where was I? Yes – while working under these conditions, the pressure is on for you to work as quickly as possible.

3. Situation the customers are in

People expect to be treated with patience, attention and due respect. That is normal. Many are confused and overwhelmed. From the basic dilemma: “What kind of bicycle should I buy?” Not to mention the colour and design choice, which are also important to many people.

Similar goes for the service. Not all the people know that when replacing a worn, broken chain, cassette usually also needs replacing (for details see: When to replace a bicycle chain?). It is normal for people to ask whether that’s necessary, how much it costs etc. That’s not about disrespect, or distrust, it’s just “not logical” (not to those who aren’t experts).

Also, it is difficult for people to understand that a simple tyre change (a 15 minute job) takes a whole day, or a few weeks.

A brief digression: I know many shops that fix flats immediately, since it’s a short job and allows customers to carry on riding, but in this hectic season, that too has become impossible, there are that many customers, so people just have to wait.

Finally: waiting for weeks to get something ordered, that normally comes in days, with no feedback, can get frustrating. The weather is nice and people wish to ride their bikes.

4. My opinion and experience

It is of no use looking for who to blame – we should dig for understanding and look for the solutions. Here’s my proposal (it works fine for me with customers, as well as when I am a customer – usually when sourcing spare parts):

This season has gone to hell – there’s no way back. Make peace with that. But – you can do something to prevent it from happening again: bring in your bicycle for a service (or go shopping for a new one) in the winter.

This will allow bicycle shops to provide you good service, with little waiting time. If more people used bike shops in the autumn and winter, shop owners could afford to hire more people (not having to fire anyone in the winter), plus the work load would be more evenly spread throughout the whole year.

For the bicycle shops: may God help you now, during the hectic rush, and during the winter, when no one comes in. 🙂 And try to be professional and polite – especially when that’s hard to do. It builds the character.

Nenad’s comment on this post (on Serbocroatian BikeGremlin) offers another perspective from a customer’s point of view. I’ll paraphrase the comment, and my reply, here in this post, because I think it should be mentioned (comments add up, with newer ones pushing down the older ones).

The comment (paraphrased and shortened – the essence): it is as if I have to beg the shops to take my bicycle into service. Why don’t they make some schedules / booking, and stick to those booked (promised) times / deadlines. I’m willing to pay the fair market price for the service.

My reply/experience/opinion (and situation in Serbia):

In the post about the job of a bicycle mechanic I wrote about how the “market price” of that work is quite low – which results in lower quality of service, since the best ones don’t stay in the field (with some honorable exceptions). That at least is my opinion & experience. Of course – when one needs to pay even that price with an average Serbian pay, it is expensive. Sort of a deadlock there.

Scheduling a term is problematic because a critical mass of people don’t respect the arranged time (or even the day agreed upon). I have tried this. 🙂 One simply can’t expect that a bicycle will arrive when agreed, which affects all the other terms, or makes one do the unpleasant thing of postponing the agreed term for a week or so, risking the loss of that customer (who has been late for the agreed term). So shops cope however they can. Off season there is always room to squeeze in a bicycle that is late for their arranged term, but at the peak season, all the overtime slots are already filled anyway. Not to mention that work overload leads to a loss of concentration, mistakes, sometimes even injuries at work.

An additional problem with scheduling terms is that some jobs, especially on older bicycles that haven’t been maintained, can take a lot longer than expected. Ruining any planning and scheduling (when there’s no room for overtime work).

Of course, these facts don’t help customers when they have to wait for weeks to get a bicycle taken in for a service, or when mechanics don’t honor the previously agreed deadlines. The only solution I see for this is dealing with everything during the Autumn and Winter – whenever possible. Then there is no rush, no bicycle shop overload.

Or reading my website and watching BikeGremlin YouTube channel, where I explained (hopefully clearly enough) how one can fix most things on a bicycle on their own. 🙂

I prefer fixing my bicycles myself – not just for saving money, or avoiding waiting for a service at a shop, but because it is simple, meditative, while the gained knowledge and experience help fixing any potential problems on the road, as well as allowing me to help the other people. Fixing bicycles is cool! 🙂