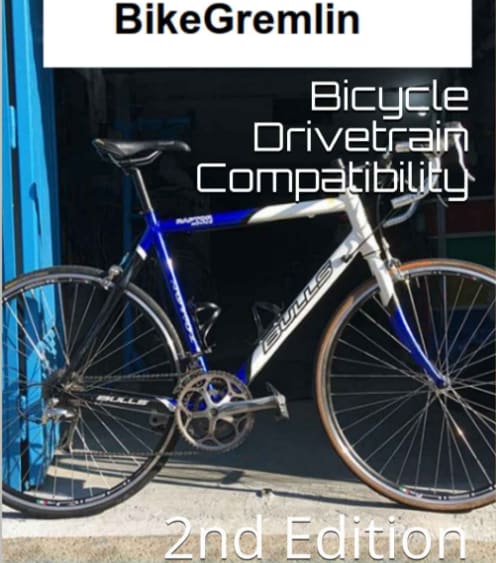 This is the first in a series of compatibility posts, explaining: combining various different bicycle parts – what can be combined with what so that it works fine.

There are various standards for bicycle parts. 6, 10, or 11 sprockets at the back, road, MTB shifters etc. There are also different manufacturers’ standards. When replacing a part, or when putting a new bicycle together, people often don’t have at their disposal the same series of the same part manufacturer.

A series of posts will explain what parts can be combined with what. This first post will define problems that occur when combining different equipment, and give you instructions on how to use my compatibility articles series. Following posts will explain possible combinations (and tweaks to make them work) of chains, cassettes, shifters, brakes etc.

1. Equipment manufacturers and their standards

2. Differences that cause problems when mix-matching

How do things get complicated? Shimano 10 speed MTB and Road rear derailleurs are not the same and will not work if mixed. Similarly, 10 speed road cassettes made by Shimano and Campagnolo can not be mixed. And so on…

However, there are a lot of combinations that work well together. Some with minor modifications, and others bolt on – without any problems. This series of articles will give info on what mixes with what.

When checking for compatibility, pay attention to and note the following things:

Manufacturers’ tables and recommendations are often too conservative, but it is good to know exactly what kind of equipment is on the bike when planning to pair it with equipment of other manufacturers, or with a different series of the same manufacturer’s equipment.

Compatibility combinations that will be given in following posts are just guidelines. There are many various factors that differ one bicycle/component from the other and the only way to be 100% sure is either to try, or to find an exact matching manufacturer/component series. That is why some combinations will work as well as “the original”, while the same combination on another bicycle will not work perfectly.

Each post deals with one type of equipment (i.e. rear shifter, front shifter, cassette etc.). It should be noted which parts replacement is planned and read their compatibility in an appropriate post. For example: if a rear derailleur is to be replaced, post about compatibility of rear derailleurs explains which shifters and cassettes a derailleur can work with. If both the rear shifter and derailleur need to be changed, one should first find a shifter that matches the number and type of cassette sprockets, then find a matching derailleur. Or vice-versa: first find a derailleur, then a matching shifter. Parts that interact with each other usually must be chosen in such one-by-one manner, or a matching combination will be impossible to find.

This is important to have in mind when mix-matching. Now you are ready to dive into the compatibility articles. 🙂