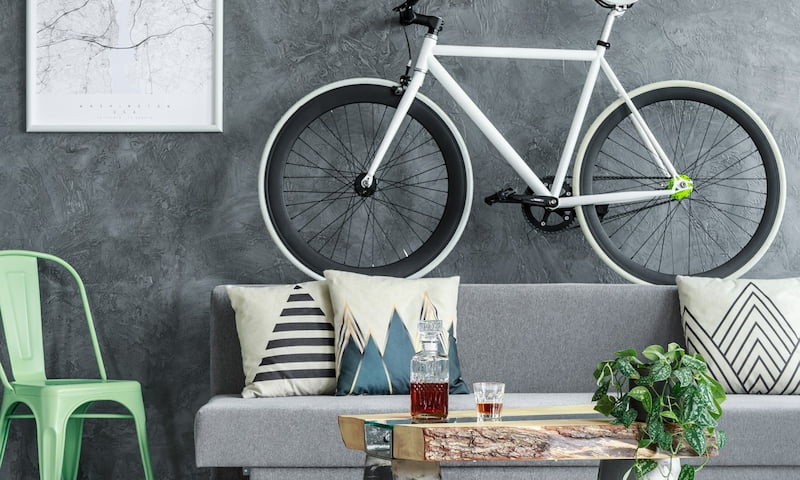 Can you be fined for “drunk cycling” (CUI – like DUI, but on a bicycle)? What are the laws and the risks involved? Insurance, injury claims?

I like having a cold beer on a hot summer day. Wouldn’t do it when driving, even less so when motorcycling, but on a bicycle – what harm could it do? Well, about a decade ago, as I was cycling by a line of trees, a pedestrian ran into me – from the side. We both fell down, only I managed to tuck and roll, while the middle-aged gentleman was in great pain, lying on the ground. It appeared there was another cyclist riding behind me who saw it all happen. We both got to help, called an ambulance – and the ambulance called the police. What happened next did amaze me:

The police took the statement of the cyclist who saw what happened, which boiled down to “the guy ran into me out of nowhere.” However, they put my bike in their van and took me to a hospital to take a blood sample. Explaining: if I have some alcohol, I will be facing charges. If the gentleman “I hit” has any broken bones – I’ll be facing criminal charges. In spite of the fact that it technically wasn’t my fault (I wasn’t riding carelessly, and I definitely wasn’t speeding).

I had no alcohol and was eventually released with no charges. But I did remember the words of my driving instructor: “when you get behind the wheel, you’re one foot in a grave and the other foot in a prison.” Seems that it applies to cycling as well, at least to a great degree. If I had had only one beer before that ride (our local legislation sets the alcohol limit low enough for that to be near, or over the limit), my life could have become a mess – in an instant!

Inspired by that experience, I consulted two top-class lawyers in my city (one of whom has decades of experience both as a traffic-accident public prosecutor, and as a defence lawyer) for hours, and wrote an article about the cycling-related traffic laws in Serbia (my country). My article covers all the usual problems, catches and gotchas of our local traffic laws (since I am well aware of the local problems, policies and had very good consultants willing to help). But I understand that laws in other European countries, and especially in the United States, differ. The small, technical details can often make a huge difference.

That’s why, when I was contacted by Douglas Parker, a parallel legal assistant, working with Manshoory Law (their website link), about an article on Cycling Under the Influence – I thought it is a good idea to publish it. So here it is – hoping it helps to raise awareness and avoid getting in trouble.

All the info and legal advice given below are provided by Manshoory Law Group. Bike Gremlin can take no responsibility for anyone following, or not following the given advice to the full. In plain English: I practically have no idea how US legislation works.

2. Can I get a DUI fine while cycling in California (USA)?

2.1. How Are Biking DUI Laws Defined?

While bikes are not considered motor vehicles under California law, cyclists are still required to follow certain laws of the road, including the parts of the California Vehicle Code that refer to driving a vehicle while under the influence.

2.2. What Are the Biking DUI Laws in California?

Under California Vehicle Code VC Section 21200.5 (legislature.ca.gov link), it is illegal for anyone to ride a bicycle while under the influence of alcohol or any other drug. This is also referred to as cycling under the influence (CUI), for which the consequences are less severe than for a DUI mistake (manshoorylaw.com link).

Unlike DUI laws, CUI laws do not refer to any legal limit of blood alcohol levels. You have the right to request a blood alcohol concentration (BAC) test (warrencountyny.gov link) when you are arrested for a CUI, which can be useful evidence to prove that you were not impaired. A blood alcohol level of 0.08% or more is considered under the influence of alcohol and impaired for the purposes of a DUI.

2.3. What Are the Biking DUI Laws in Other States?

Not all states in the US categorize riding a bicycle while intoxicated as a DUI charge, however, this does not necessarily mean you are in the clear. While our legal expertise focuses on state regulations here in California, it is still possible in many other states to face other charges such as public intoxication.

Furthermore, being intoxicated may negatively affect a legal outcome. For example, if someone hits you while you were cycling under the influence, they might be able to claim that it was your fault because you were riding erratically or unaware of your surroundings as a result of your intoxication.

3. Penalties For Cycling Under the Influence in California

Cycling under the influence is a misdemeanor charge that you may be required to disclose to future employers. It does not carry any jail time, but there is a $250 fine to pay. If you are under the age of 21, you will also lose your driver’s license, if you have one. You will not be allowed to obtain a new driver’s license for one year after a CUI charge.

3.1. What are the CUI penalties in Other States?

Manshoory Law specializes in California law, and the penalties for cycling under the influence in other states can differ. In most states, a DUI conviction is a misdemeanor whether it’s committed on a bicycle or in a motor vehicle.

States that apply DUI laws to bicycles (avvo.com link) often have the same penalties for both bicycle and motor vehicle DUIs. These penalties vary by state, but can include:

However, some states have penalties specific to DUI convictions on bicycles similar to California. In these states, the penalties might be less severe than their motor vehicle counterparts and might include other restrictions such as bicycle impoundment.

California Vehicle Code defines any vehicle that is self-propelled as a motor vehicle. This means that E-bikes can be considered motor vehicles, and as a result, you could face a standard DUI charge instead of a CUI charge if you are arrested riding an E-bike while intoxicated (drivinglaws.org link). It is up to the prosecutor whether they charge you with driving or cycling under the influence.

4. How does a CUI affect insurance claims?

Cycling under the influence is already illegal, but what if you are involved in an accident?

This can depend on the situation and who was at fault, but in any scenario it is usually harder to prove you are not at fault if you were drunk. For example, if you hit a pedestrian who wanders carelessly into your path, the accident may be partly their fault. Nonetheless, you are still responsible for taking care around pedestrians and they may be able to argue that had you been sober, you would have reacted in time to avoid the accident.

If you are not at fault, for example, a car runs a stop sign and hits you while you are cycling drunk, then your health insurance provider should payout unless your policy specifies otherwise. However, getting them to payout can be a challenge if you were cycling under the influence. Insurance companies could try to avoid paying, by claiming your intoxication contributed to the accident.

5. If I Hurt Someone While Drunk Cycling, Can I Go To Jail?

Yes. Injuring someone while cycling under the influence is treated as severely as hurting someone while drunk driving. Even if you are technically not at fault for the circumstances of the accident, you still committed a crime by cycling drunk, and you will find that both judges and juries have very little sympathy for drunk drivers and drunk cyclists, whose decisions are unlikely to go your way without the right legal representation.

Before the conclusion, I’d like to address two more alcohol-related topics:

This is not coming from a “holier than though” standpoint, but quite the contrary – from my vast experience of having seen a lot, in a country where it’s still quite normal to drink rakija (Wiki-link) every day, even upon arriving to work.

People in my country know how to drink and can handle drink pretty well. It’s quite normal for a Serbian to drink a bottle of rakija (like tequila/whiskey, only better 🙂 ) and walk home relatively normally (if, while at it, they tell jokes that are actually funny, know that you’re dealing with a Bosnian! 🙂 ). I’m noting this because people often say things like “alcohol doesn’t affect me,” or “I’m good.”

No matter how well you handle it, or how little you take, alcohol is most likely to cause three changes:

The bottom line is: when you drink, you react slower, your reactions are worse, but you are less careful at the same time!

It doesn’t have to be by much, especially if you have had only one drink, but it is all noticeable and measurable. Which leads us to chapter 6.2. – Ethical/moral considerations.

For experimenting (at your own risk, don’t say I made you do it), find a long stick, and mark inches along its length. Make a circle with your thumb and index finger, and have a friend put the stick’s bottom end in the middle, holding the stick vertically (upright). Then, the friend should let the stick go (drop) without giving you any hints, and you should try to squeeze it (catch it) with your hand, moving only your fingers (don’t try to cheat by moving your hand downwards to catch the stick closer to its bottom end).
Measure a few times how far the stick drops before you catch it.
Repeat the measurements some 20 minutes after having had two drinks.
Does the stick drop further before you catch it now? Are your reflexes the same?

Regardless of whether you get into any legal trouble or not – if you badly hurt yourself, or someone else when cycling drunk, you are the one having to live with it for the rest of your life.

“Could I have avoided that if I were sober, more careful?”

Because of the above described physical effects of alcohol, it is very likely that the answer is yes. But, for all I know about human nature, it’s not the answer, but the question that is likely to be bothering you for years and years.

People usually don’t think about these things until it’s too late – until they happen to them. For many people, even going to prison is less of a burden, than having to live with a bad thing they had done. At the cost of being too philosophical, I’d recommend reading Dostoevsky’s Crime and Punishment (Amazon affiliate link – free edition) where he dives deeply into the burden of guilt (among other things).

I hope this article will help at least someone avoid getting in trouble (though once you are aware of the risks, it’s your choice – freedom of choice is the only real freedom we have).

For any questions and answers, I usually direct readers to the comment section below, or to the questions & answers page. However, since I am not nearly competent enough to give any US-legislation related legal advice, for questions on to that, I would advise the reader to consult a good lawyer. I’ll place the Manshoorylaw contact link here, at least in part for my own reference, in case I ever get in trouble while visiting friends in the USA. 🙂
(Though for now, I’m most likely to just call and ask for some Carolina-centered office 🙂 )