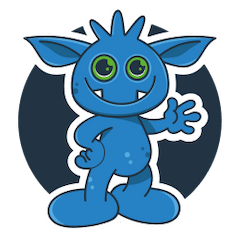 I get this a lot – why is the website called Bike Gremlin – why Gremlin? Interested? Read on… (DISCLAIMER: you’ll never get back the three minutes needed to read this post)  🙂

When I was thinking of a name for the website, I wanted something  related to bicycles, but motorcycles as well – since those are my 2nd favourite vehicles (might even make a few posts on the topic, after I finish all I’ve planned to write about bicycles). So that explains the “Bike” part.

“Gremlin”? That one’s longer – perhaps a bit more interesting. Since among my interests is all kinds of machinery (did I get the English plural form correctly?), which includes 2nd World War tanks and aeroplanes, I came across the term gremlin used in that context:

In WW2, there was a tech race in weapons development. It’s been the world’s first fully “total war”, where even the areas behind the front lines were not out of enemy’s reach – advancements in armoured vehicles and especially in aeroplanes allowed this. In order to protect oneself and destroy the enemy, air-force and control of the air space were crucial, for the first time ever… well… OK, not counting the dragons, that’s ancient past – some even claim they’re fictional!

There was a pressure to invent new, better machines, using new alloys and patents. With very little experience and time for testing. This lead to many malfunctions with (then) unknown causes. Machines were less reliable than was (in “normal” circumstances) acceptable. Not having faith in the machine is a blow to a pilot’s confidence and army morale. Something had to be done – with engineers and technicians not providing all the answers.

So, the British and the US armies tacitly encouraged superstitious stories that gremlins are sabotaging the war efforts! It was better for morale to blame someone else, so people don’t fight with each other (pilots, mechanics, engineers…). Gremlins became the “usual suspects” and, even today, a synonym for a technical problem with a strange, unknown cause. Troubleshooting is “killing gremlins”. 🙂

I have vast experience in troubleshooting – mostly computer systems, but mechanics as well. Those in that business know that it is a common case that, once you get to the spot, the malfunction reported by the user doesn’t “want to” appear. Well, with me this is not the case – even fine functioning stuff, as long as it has any probability of malfunctioning, will break once I’m close, or (God forbid) start using them. Don’t know why. It’s not the lack of skill, knowledge, or experience. The bottom line is this helps solving problems and malfunctions, sometimes before the users notice them. It is also the reason some friends have given me the Gremlin nickname.  🙂

That’s it. Couldn’t think of anything smarter that’s also original, not taken by a company, or brand… 🙂

If you read the Hitchhiker’s Guide to the Galaxy by Douglas Adams (Amazon affiliate link), you will most likely understand that reference – and my highly questionable sense of humour. 🙂

It’s one of my favourite books, but probably not everyone’s “cup of tea,” as the English say. So here’s an explanation of the reference:

The main character of the book, Arthur Dent, discovers that the entry for Earth in The Hitchhiker’s Guide to the Galaxy encyclopaedia consists, in its entirety, of the word “Harmless.” His friend Ford Prefect, a contributor to the Guide, assures him that the next edition will contain the article on Earth that Ford has spent the last 15 years researching – somewhat cut due to space restrictions, but still an improvement. The revised article, he eventually admits, will simply read “Mostly harmless.“

Opinions on the Hitchhiker’s Guide to the Galaxy are divided:
everyone think it sucks, while I think it’s brilliant! 🙂